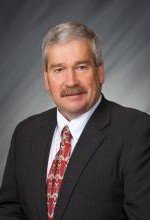 Jack is a Navy Veteran having served in the Vietnam conflict. He attended the University of Akron, took his real estate courses at Malone College, and is a graduate of the Northwest State Community College School of Auctioneering. Jack’s areas of auction specialty include farms, farm equipment, household, and real estate.

Jack is also a member of the American Legion and the Mid Ohio corvette club, where he gets to show off his classic "Little Red Corvette." He and his wife, Jill, are lifelong residents of Wayne County, and are members of St. Theresa’s Parish in Brewster. They are proud parents of a son, Andrew, who along w/ his wife, Catherine, and their 2 children, Sophia and Carter, live in Copley. Jack is a former dairy farmer, and is still actively involved in grain farming.

The inclusion of advertising, logos or website links on this website does not constitute an endorsement by the KIKO Auctioneers or its affiliate companies of the products or services so advertised.